Coronavirus infections reported in China are currently low-risk for residents of BC. Visit ubc.ca for info and updated FAQs.

We tend to not say exactly what we mean—especially when it comes to sex.

It’s easier to say something vague, rather than coming straight out and telling someone you like that you want to get physical with them. This isn’t a particularly bad thing in itself, but it can be problematic if someone doesn’t understand what people are saying or talking about.

It's essential to get consent, no matter what language you use.

Here’s a handy guide to some common sexual sayings.

This is another way to say “get sexual”. It can mean anything from kissing to sex. If someone asks if you want to hook up, they probably want to get intimate.

Generally speaking, this is an invitation to get together for sex or to hook up. If someone asks you to Netflix and Chill, expect to probably not finish whatever you start watching i.e. you may decide to watch season 3 episode 4 of The Office, but this viewing will probably get interrupted for sex.

A message normally sent between the hours of 1:00 am - 4:00 am. The hope is that the recipient of the message will say “yes”. Following this “yes” the sender will likely suggest meeting up for sex.

Down to fuck (another word for having sex). Pretty self-explanatory. You might encounter this phrase on dating apps (like Tinder).

Come back to my place?

Unless they have a great rock collection they want to show you, someone asking you to come back to their place may indicate that they are interested in sexy times.

Mwah mwah. AKA french kissing, necking (if you’re from the 50s), or kissing passionately.

Using a sports analogy to talk about sex, “bases” references baseball. When it comes to sex, these bases correspond to actions/levels that you reach while hooking up with someone. 1st base is normally kissing, while 4th base or a “home run” means sex.

Hit it, tap that

If someone says they “hit it last night” or they would “tap that” they don’t mean physically hitting someone or gently tapping them—they mean they would have or have had sex with them.

Get laid, do it, smash

All different terms for having sex. Some terms sound more respectful than others and you get to decide which you are comfortable with.

This term is used for individuals who choose to be in a relationship that is solely based on having sex. If someone asks you to be their fuck-buddy, make sure you understand it just means a physical partnership.

A call for a booty aka contacting someone (usually late at night) because you want to have sex with them. 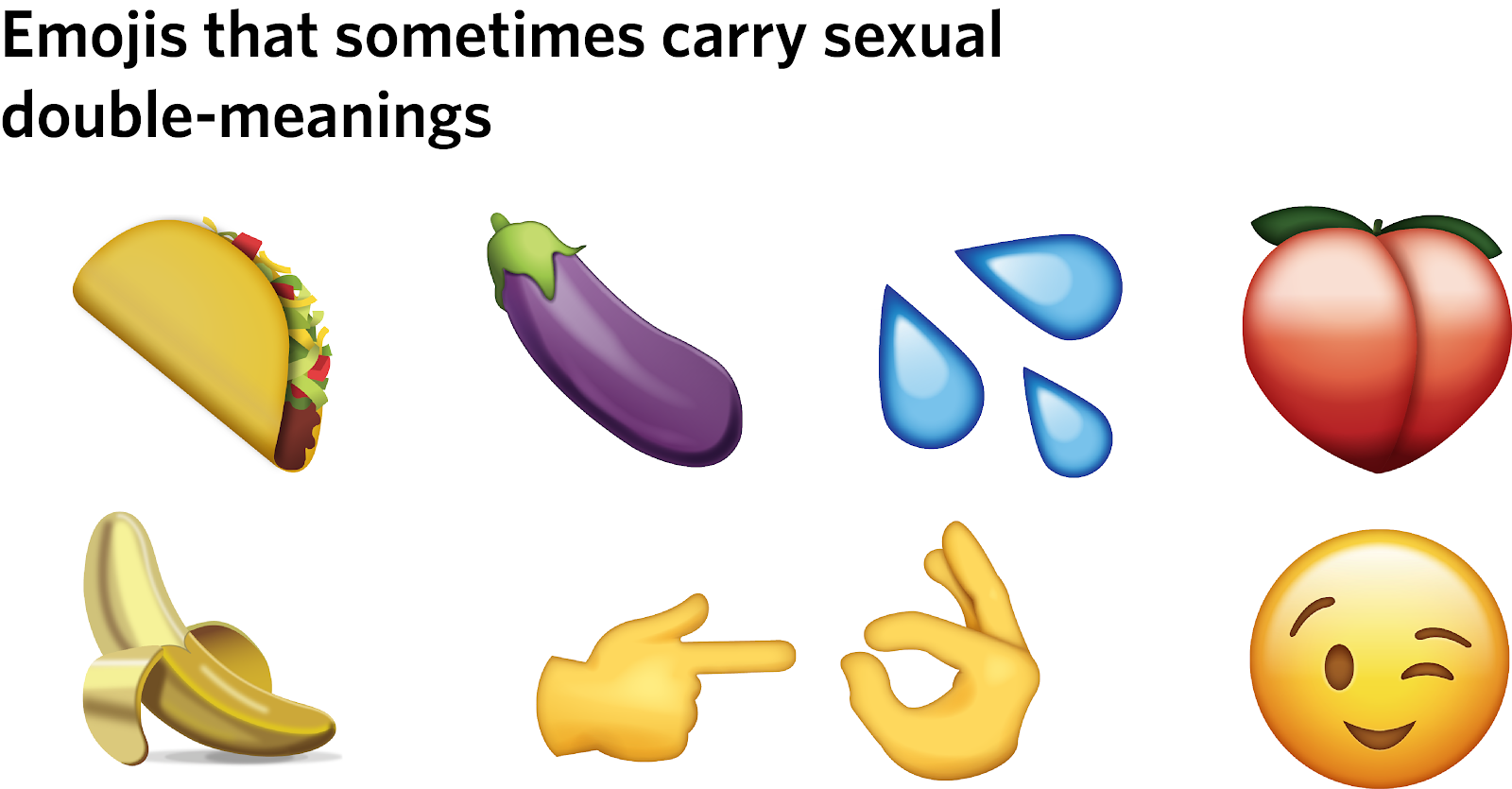 Now not everything has a sexual connotation. Here are some phrases you might hear from time to time that probably isn’t filled with sexual innuendo:

Could you cat-sit for me?

Unless you find out that this person does not have a cat, this is pretty innocent.

Can you send me the notes from yesterday’s lecture?

This person just wants help with their classwork.

This is a simple question on the surface, but you’ll want to clarify the intended location. If they suggest Irving Library you’re good to go. If they say come to my place and include a winky face, they might be wanting to do more than just study.

What are your thoughts on the current political climate in the United States?

This is a real mood-killer. If this comes up, chances are they just want to have an in-depth conversation—and nothing more.

There you have it—you are now well-versed in 21st-century sexual vocabulary.

Remember to always practice safe sex, and makes sure your partner knows what you want when you ask to get physical.

Euphemisms are not commonly known and can be misinterpreted, so they don’t count as getting consent.

So send those emojis with full confidence, know what you're asking, and what you're being asked.

Best of luck out there!

Most viewed this week